Coast 2 Coast Mixtapes announces the release of the new single by Some Kosher Yuppy currently seeking blog placements and interviews.

Some Kosher Yuppy is currently seeking press opportunities, interviews, features, and more. He can be reached through his official website.

About Some Kosher Yuppy: Some Kosher Yuppy aka Larry Poynter III was born January 16, 1991 in Louisville, Kentucky. His 1st interaction with music was through his father Larry Poynter Jr aka L.A. LUV who at the time was a HIP HOP artist himself. He came to live with his father at the age of 9 to Orlando Florida. S.K.Y. (Some Kosher Yuppy) showed only slight interest in music from an artist view but always had a great playlist of diverse styles from Hip Hop to Jazz.S.K.Y.started recording here and there at his fathers studio with his childhood friends and members of G.M.A.T.T. (Get Money All The Time) S.K.Y. is not your average rapper, he wants to be known as an ARTIST. He believes in the honesty and purity of music and considers each song he is apart of a project from the soul. S.K.Y. started to take music more serious and was signed in 2011 to South Coast Records an Indie label that his father is CEO and President of. Label mate and Camp producer STUPID GENIUS produces the bulk of S.K.Y.’s music. Together they have come up with a recipe for hot music, music from the soul. S.K.Y. speaks only of his experiences and of those around him. His words are real and in direct connection with our youth today. 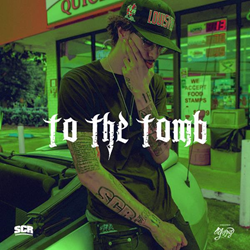