Labor Day marks the unofficial end of summer, but leisure travel is not ready to slow down just yet.

According to HotelPlanner.com, more people are traveling and booking hotels over the holiday weekend compared to last year thanks to lower gas prices, affordable lodging rates, and a strong U.S. dollar. Hotels are going fast as families and friends across the country gather to celebrate Labor Day and yet, there are still last-minute getaways to choose from in the most popular destinations before the last weekend of summer.

HotelPlanner ranked the cities with the highest number of reservations based on data pulled over the three-day weekend.

Although a large sum of travelers are still booking major city escapes (Chicago, Orlando and Atlanta), the most interesting find is a shift with holiday travelers trading in nationally known city destinations for secondary cities (Nashville, New Orleans, and Seattle). Overall, travelers are making their vacation days count more than ever. 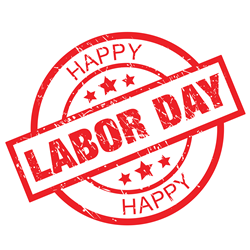