ORLANDO, Fla., May 22, 2017 /PRNewswire/ — What began as a simple roll of rainbow ribbon and a box of pins has grown into an international movement to never forget the victims of the worst mass shooting in the country’s history, the tragedy at the Pulse Nightclub on June 12, 2016. As the one year mark of the Pulse shooting approaches, the Orlando Ribbon Project is committed to remembering the 49 men and women who lost their lives that night, those left critically and emotionally injured and supporting the rights of the GLBTQ community. The Project is asking those around the world to don one of their simple, yet profound rainbow ribbons in support on June 12, 2017.

Founder Ben Johansen began the Orlando Ribbon Project immediately following the shooting in an effort to bring together the community and spread love and hope, one ribbon at a time. As his husband Tim Vargas, then President of the GLBT Community Center of Central Florida’s Board of Directors, rushed to the Center that Sunday morning of the shooting, Ben headed to a nearby craft store and bought a roll of rainbow ribbon and a roll of black ribbon and a box of pins. He began making the ribbons for volunteers, but the requests began pouring in and the Orlando Ribbon Project was born.

“The Pulse shooting may have taken place here in Orlando, but it was felt all over the world,” says Johansen. “I feel that when people see the ribbon, not only do they remember what happened, but they smile in memory of those we lost. We must always remember The49 and we must also continue to fight for GLBTQ rights as human beings just like everyone else.”

The Orlando Ribbon Project is marking one year after the Pulse shooting by asking local politicians, community leaders, television personalities, celebrities and supporters around the globe to don the rainbow ribbon in solidarity, support and love. Many are pledging their support including Orlando Police Chief John Mina who has announced that the Orlando Police Department will be wearing the ribbons in support on June 12.

MEDIA DOWNLOAD: HI-RES STILL PHOTOS available for free/unrestricted use by the media at http://bit.ly/OrlandoRibbonProject. FOR MEDIA REQUESTS contact: Katie Dagenais with JoLu Communications. 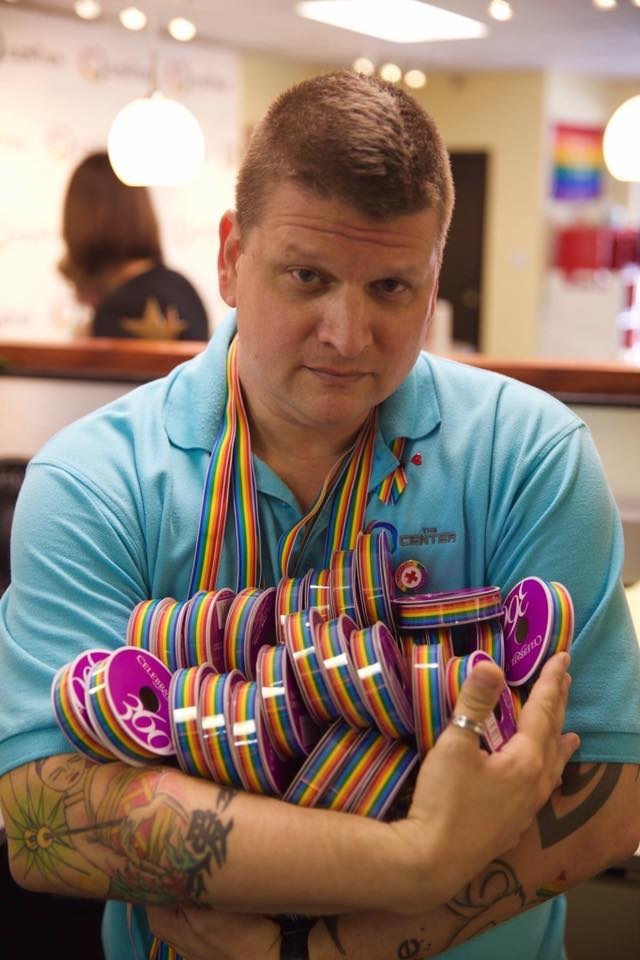