“Insidious,” “Sinister” and “The Purge” Featured at Universal Orlando Resort

Jason Blum, one of today’s most prolific producers of contemporary horror films, brings his signature movies to life in the uniquely distinctive “The Horrors of Blumhouse” maze at this year’s “Halloween Horror Nights” event at Universal Studios Hollywood and Universal Orlando Resort, beginning Friday, September 15.

Based on The Purge, Sinister and Insidious franchises, as well as the upcoming thriller Happy Death Day, Blumhouse Productions (Split, Get Out, Whiplash ), is teaming with the creative minds behind the nation’s most intense and immersive Halloween event to unleash three twisted Blumhouse films in one bone-chilling experience at each Halloween destination.

At Universal Studios Hollywood, legions of terrified guests will come face-to-face with the most iconic and unnerving moments from the blockbuster The Purge franchise, Sinister movies and soon-to-be released Happy Death Day. In The Purge, guests will attempt to survive the night as they are immersed in the film’s depraved world, where all crime is declared legal as part of the government’s annually sanctioned 12-hour Purge. In what can be described as a living trailer for Happy Death Day, guests will experience a deja-vu scenario as they are forced to relive the last day of their lives over and over again in an attempt to escape a masked killer. The final nightmare will unmask itself in Sinister, where guests will encounter an ancient pagan deity who is determined to trap them in the sordid shadow world of the dead…for all eternity.

“It’s a privilege to collaborate with Jason Blum and his team at Blumhouse Productions to create ‘The Horrors of Blumhouse,'” said John Murdy, Creative Director at Universal Studios Hollywood and Executive Producer of “Halloween Horror Nights.” “The decisive, inventive way in which he interprets underlying issues plaguing today’s society into his films provides us with a plethora of content to create truly captivating, one-of-a-kind modern horror experiences for our guests.”

Upon entering “The Horrors of Blumhouse” maze at Universal Orlando Resort, guests will attempt to survive three of the most menacing anthologies in the Blumhouse assemblage. First, guests will face the horror of becoming stars in the next home murder movie of the menacing demon Bughuul, from the infamous Sinister franchise. Then, they’ll run for their lives to escape the gang of bloodthirsty home invaders from the first installment of The Purge saga. Finally, guests will be thrust into the Further from the Insidious legend, where they’ll come face-to-face with the paralyzing Lipstick-Face Demon from Chapter 1 and witness Dr. Elise Rainier’s own personal hauntings from her nightmarish childhood in a first-look at Insidious: Chapter 4 – in theaters January 5, 2018.

“We’re thrilled to bring the terrifying vision of Jason Blum and the Blumhouse Productions team to life on an even grander scale at Halloween Horror Nights 2017,” said Charles Gray, Show Director for Creative Development, Halloween Horror Nights at Universal Orlando Resort. “He is the modern voice of horror, whose films run the gamut of intense, in-your-face terror – and this year, we’re taking our guests deeper into the horrific world of Blumhouse than ever before.”

“We are so excited to expand our collaboration with the terrific creative team at ‘Halloween Horror Nights’ this year,” commented Blum. “With ‘The Horrors of Blumhouse’ maze, people will be able to fully immerse themselves into the cinematic worlds of our most terrifying films – with bone-chilling results.”

Universal Studios’ “Halloween Horror Nights” is the ultimate Halloween event. For more than 20 years, guests from around the world have visited Halloween Horror Nights in Hollywood and Orlando to become victims inside their own horror film. The streets of each coast’s event are transformed into highly-themed scare zones where menacing “scare-actors” lunge from every darkened corner. Multiple movie-quality haunted houses are erected throughout the event, based on everything from iconic slasher films to hit horror television series to haunting original stories.

Universal Orlando Resort is a unique vacation destination that is part of the NBCUniversal Comcast family. For more than 25 years, Universal Orlando has been creating epic vacations for the entire family – incredible experiences that place guests in the heart of powerful stories and adventures.

Blumhouse Productions, founded by Academy Award®-nominated and two-time Emmy and Peabody award-winning producer Jason Blum, is a multi-media company known for pioneering a new model of studio filmmaking: producing high-quality, micro-budget films. In 2017, Blumhouse produced the critically-acclaimed blockbusters Get Out from Jordan Peele and Split from M. Night Shyamalan, which have grossed more than $500 million worldwide off combined budgets of less than $15 million. In addition, Blumhouse is the producer of the highly profitable The Purge, Insidious, Sinister and Paranormal Activity franchises, which together have grossed more than $1.7 billion worldwide. Blumhouse’s films also include the Academy Award®-nominated Whiplash, as well as The Gift, Unfriended and The Visit. In 2017, Blum launched an independent TV studio with investment from ITV Studios. Current projects include Sharp Objects, a mini-series for HBO starring Amy Adams, based on Gillian Flynn’s bestselling novel of the same name, and a mini-series for Showtime based on journalist Gabriel Sherman’s reporting on former FOX News chief Roger Ailes. 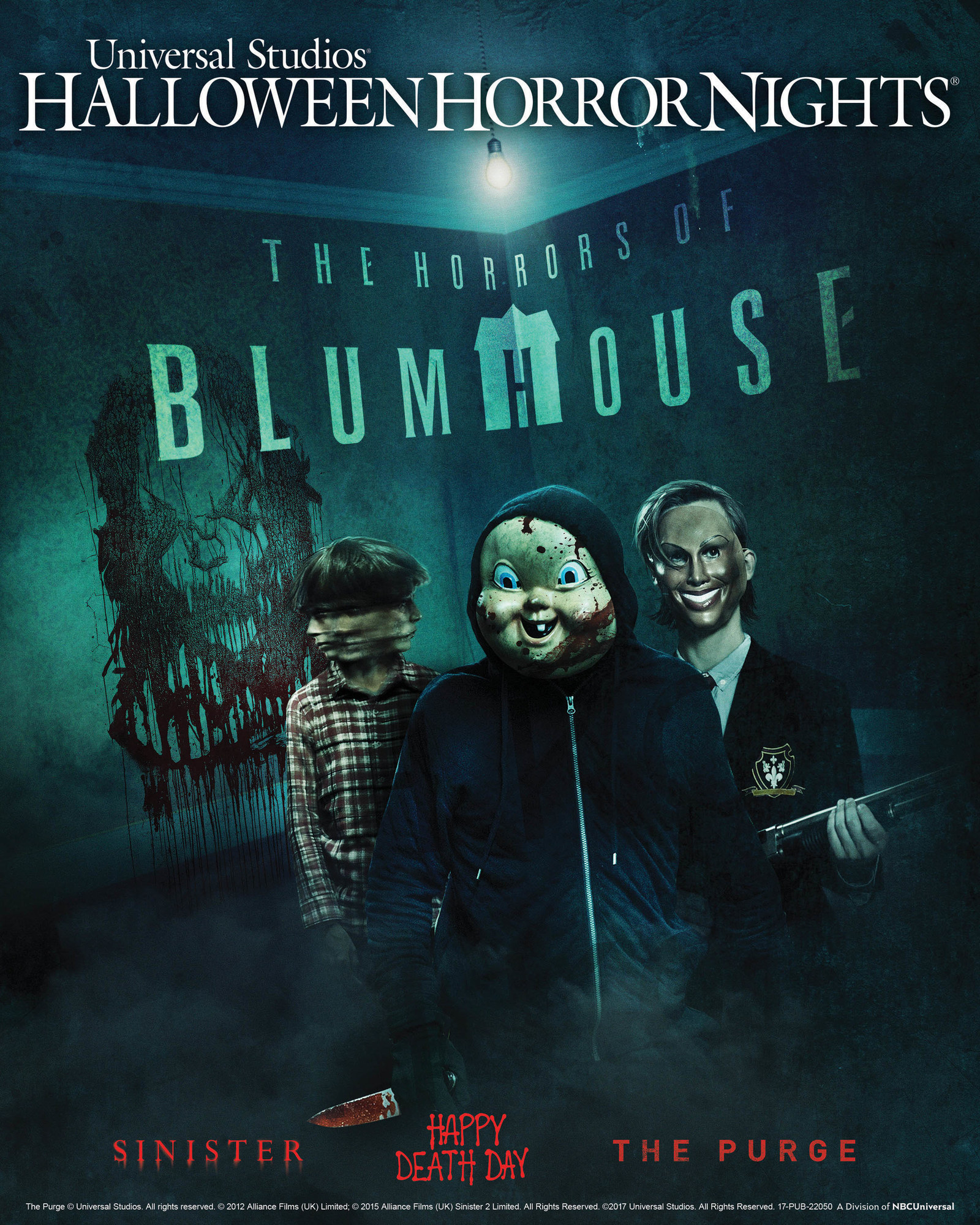