Online, competency-based university has awarded more than 100,000 degrees since its founding

ORLANDO, Feb. 9, 2018 /PRNewswire-USNewswire/ — Western Governors University (WGU) will honor 14,956 graduates at its 64th commencement, which will be held tomorrow at the Disney Coronado Springs Resort in Orlando. And, although they earned their degrees online, more than 1,000 bachelor’s and master’s degree graduates from 48 states and the District of Columbia, along with about 7,000 family members, friends, faculty, and staff, will attend commencement in person. The bachelor’s ceremony will begin at 9:45 a.m. ET while the master’s ceremony will take place at 1:45 p.m. ET.

Sekou Andrews, the world’s leading Poetic Voice and CEO/Founder of SekouWorld Inc., will deliver the commencement address. Joining him in addressing those watching will be four graduates: Natasha Pittman, B.S. Information Technology from Jennings, Florida; Julie Young, B.A. Special Education from Badger, Iowa; Nathan Siebach, M.S. Management and Leadership from Thomson, Georgia; and Rashaan Green, M.S. Cybersecurity and Information Assurance from Ellicott City, Maryland. For those who are unable attend the ceremony in person, the entire program will be streamed live.

During Saturday’s ceremonies, WGU will recognize 8,839 undergraduate and 6,117 graduate degree recipients in business, K-12 education, information technology, and health professions, including nursing. The average time to graduation for this commencement’s bachelor’s degree recipients was 2 years, 3 months, while the average time to graduation for graduate programs was 1 year, 7 months. The average age for those graduating is 39 years old.

WGU pioneered competency-based education, which measures learning rather than time spent in class. Designed to meet the needs of working adults, this model makes it possible for students to fit studying into their busy lives. Students complete courses as soon as they demonstrate that they have mastered the subject matter, enabling them to move quickly through material they already know and spend more time on focusing on what they still need to learn. As a result, many students are able to accelerate their studies, finishing faster and saving money.

About WGU
Established in 1997 by 19 U.S. governors with a mission to expand access to high-quality, affordable higher education, online, nonprofit WGU now serves 91,000 students nationwide and has 100,000 graduates in all 50 states. Driving innovation as the nation’s leading competency-based university, WGU has been recognized by the White House, state leaders, employers, and students as a model that works in postsecondary education. In just 21 years, the university has become a leading influence in changing the lives of individuals and families, and preparing the workforce needed in today’s rapidly evolving economy. WGU is accredited by the Northwest Commission on Colleges and Universities, has been named one of Fast Company’s Most Innovative Companies, and was featured on NPR, NBC Nightly News, CNN, and in The New York Times. Learn more at www.wgu.edu. 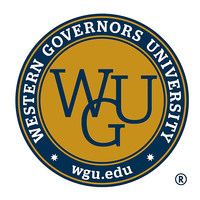